Stampede Week brings more than just barrel racing, cowboy boots and deep-fried Mars Bars to town - it also brings with it a need for more NeighbourLink volunteers to deliver food bank hampers. Why? Other agencies whose volunteers deliver hampers shut down during Stampede Week, which means there are more for NeighbourLink volunteers to deliver - and we need your help. Sign up to deliver one or two food hampers over the week and we'll be mighty grateful - and so will hungry Calgarians. Phone LeeAnne at 403.538.7314 to get started!

Putting Down Roots & Reaching for the Stars

NeighbourLink clients Ben and Qin have three good reasons to be doing everything in their power to survive and eventually thrive in Canadian society - their three sons.

Today Ben Du has two telephone interviews. For one of them he disappears into a room upstairs, where he manages to find a little peace and quiet for the duration of the phone call.

On the floor below, his two-year-old son Derek is excitedly repeating the word, “Baby!” as he bounces about his little brother Richard. Their mother Qin is close by, on the watch and at the ready to tell Derek, “No!” if he becomes too rambunctious.

Born just four months ago, Richard is as cute as a button, a pudgy bundle of joy—and the third of three boys. Somewhere mid-interview, mid-bounce and mid-“No!” his oldest brother Benson, 10, arrives home from school. After a shy handshake, Benson pulls an office chair up to the family laptop and commences playing afternoon computer games.

“My wife and I moved here for our kids,” says Ben, now off the phone and back downstairs. In 2008, Ben relocated his family—then only him, Qin and Benson—from Nanyang City, China to Calgary, Canada.

“I like it very much here—not only the city, but the people,” Ben says.

He and his wife left their jobs behind so that Benson and their then future children would have access to better education.

“We lived a pretty hard life here at first,” Ben reminisces, “[but] after one or two years, life is getting better.”

Ben worked a meager six months for an oil and gas corporation before getting laid off in February 2009 due to the economic downturn.

Undaunted, the energetic 42-year-old father pressed on and enrolled in ESL classes at Bow Valley College. A year later he crossed the river to attend SAIT, and on April 29, 2012 he graduated with a Diploma in Exploration Information Technology. Today, just three days later, two job opportunities are at his fingertips.

Their future may be bright, but the present reality is that this family is in need—and has been for some time. Over the years they’ve accessed essential help from several other non-profit agencies, and now NeighbourLink.

With remaining student loans as their main source of income, a double stroller didn’t fit within their household budget.

“This is too much for a low-income family,” says Ben. “If I find a job, everything will be okay.”

NeighbourLink provided them with the stroller, along with diapers and wipes. Not only will the stroller make Qin’s shopping trips easier, it will also be a blessing on the family walks they like to take around their neighbourhood.

“If I find a job, my wife could do nothing without this double stroller,” says Ben, who will be using their sole vehicle for his commute.

Because Ben and his family have received so much help from Calgarians, they are eager to give back to society once they’re on their feet. Until then, they’re doing their best to stand up. •

Send some love to moms in need this Mother's Day

We reach out to the mothers of the babies that we help through ICU2 (Infants & Children Under 2) with our Gifts for Gals program. These low-income moms often get overlooked because they are preoccupied desperately trying to provide for their children. But they won't get overlooked if it's up to us! Along with their baby item orders, those moms who sound particularly discouraged when they call NeighbourLink for help will receive a surprise gift bag filled with presents just for her.

We need your help year-round collecting items such as special soaps, bubble bath, make-up, lotions, mittens, scarves, socks and more to be included in these fun presents - and there's no better time of year than around Mother's Day! If you have a special place in your heart for moms in need and would like to organize a drive amongst your family members, friends or colleagues to collect items for the Gifts for Gals program, please contact LeeAnne at 403.538.7314 or lalexander@neighbourlinkcalgary.ca. You can also volunteer in our warehouse putting these wonderful gift packages together! 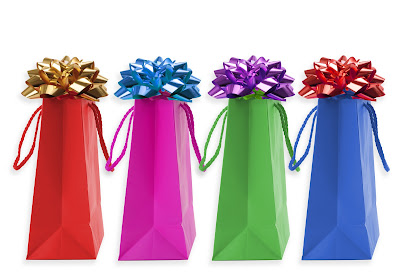 Milk crates. They have a variety of uses aside from carrying cartons.

One pregnant, single mother was using a milk crate as a stool in her empty apartment when NeighbourLink’s truck pulled up with a house-full of furniture last summer.

Another client-family, Jennifer Cox and husband Patrick, were using several in place of their futon frame for two whole years.

“We were sleeping on a 10 year old futon [mattress] on top of milk crates,” explains Jennifer.

To make matters worse, Patrick suffers from a severe degenerative back condition – the result of a car accident that happened several years ago.

“It was just aggravating his condition even more,” she says - until this past February.

After being referred by Closer to Home’s West Central Resource Centre, Jennifer and Patrick were able to get a free memory foam posturepedic queen-size bed from NeighbourLink.

“It’s increased our quality of life literally to a degree that I can’t even imagine,” says Jennifer.

Patrick is now sleeping through the night without nearly as much tossing or turning, she adds, and it has improved his pain management too.

Their old milk crates have been relocated temporarily to the balcony - most will get thrown out, though she says a couple of them might be kept for their intended use: storage.

Please watch and share our fun little video! Team NeighbourLink isn't afraid of a challenge! That's why we're participating in the 5K Walk and Run as part of the Scotiabank Calgary Marathon's Charity Challenge. We'd love for you to join or support us on May 27!

Are you a Calgary Co-op shopper and sticker collector? If so, until June 14 you can donate your stickers to NeighbourLink if you like. We'll cash them in for beautiful free dishes to give away to families in need, our clients. Mail your stickers to Attn: Alexis Harrison, NeighbourLink, 3751 21 Street NE, Calgary AB, T2E 6T5. Thank you for donating! 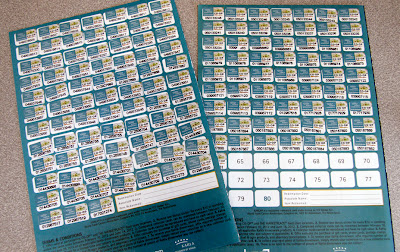 NeighbourLink to participate in the Calgary Marathon!

Every year, over 40 local charities participate in the Calgary Marathon’s ‘Charity Challenge.’ For the 2012 race NeighbourLink has joined the ranks of these fine organizations – and we’d love to have your support on May 27th!

There are three ways you can champion Team NeighbourLink:
1) Join our team and participate alongside us in the 5 km walk and run.
2) Form your own team or participate as an individual.
3) Sponsor us ‘from the sidelines.’

Either way, all the financial donations that you make or fundraise will go directly to NeighbourLink’s $15,000 goal – and contribute greatly to our efforts to care and provide for Calgary’s poor. To make a donation, click here: SPONSOR.

If you decide to participate in the marathon, you’ve got another decision to make – which race you’ll enter. Your options are the following:
1) Full marathon (42 km)
2) Half marathon (21 km)
3) 10 km walk and run
4) 5 km walk and run (Team NeighbourLink is participating in this one!)
5) Kids marathon

After that it’s time to officially register. Register online here: REGISTER or contact Andrea at NeighbourLink and she'll direct you how to do that: 403-538-7389.

Lastly, we’re spicing up our participation by adding a dash of competition. There will be prizes for the teams with the most members, best outfits, greatest mascot and largest amount of money raised.

So there you have it! Grab your friends, co-workers, church group or family members and join us at Stampede Park on May 27th. Don’t forget your running shoes!

NeighbourLink
...is a non-profit organization that provides neighbours in need with practical help and basic resources by linking them to a network of community volunteers and donors who care. Our programs focus on preventing homelessness by providing low-income Calgarians with free access to furniture, household items, baby supplies, food hamper deliveries, bus tickets and more!

*Please note: We are not able to accept bookcases, kitchen tables & chairs, dressers or desks at this time.